Beauty in the Decay: Exploring the layers of fears, obstacles and leaving a footprint in the creative world 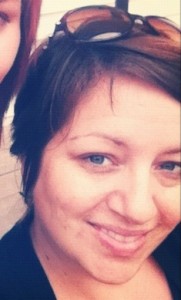 is an artist, curator and educator. She studied at the Kansas City Art Institute, Wichita State University (BFA Drawing and Painting) and Virginia Commonwealth University (MFA Painting and Printmaking). Kristin was awarded the Virginia Museum of Fine Arts Professional Fellowship Award in 2004, the Kansas Innovation Grant in 2010 as well as a Wichita Arts Council Grant for her selection and participation in Wichita’s River City Biennale. Kristin is represented by ADA Gallery in Richmond, Va., and Mulherin Pollard Gallery in NYC. She is a founding member of Hack.Art.Lab, A collaborative team of artists, educators, technologists and engineers, Hack.Art.Lab (H.A.L) pursues projects that explore various means of collaboration via interactive art.

Along with being music director of the Knob Festival of New Music, Dr. Mark Foley is a Professor of Double Bass at Wichita State University, and Principal Double Bass of the Wichita Symphony Orchestra. He also performs every Summer in the bass section of the Colorado Music Festival Orchestra. Dr. Foley has been a featured concerto soloist with the Wichita Symphony Orchestra and the WSU orchestra. An avid believer in stylistic diversity, Mark performs with Jazz, Rock, Experimental, and Bluegrass bands as often as he can. Dr. Foley holds degrees in bass performance from the University of Minnesota, the Eastman School, and Indiana University, Bloomington.

For 49 years, Larry Hatteberg has brought a special kind of television to Kansas. His constant search for ordinary people, whose stories illuminate larger issues, put him in a position to develop a personal relationship with Kansas viewers. Throughout the nation, he is known as an Emmy award-winning video storyteller who can “touch” people with his television journalism. With over 100 National, Regional and State awards, Larry has helped set broadcast standards for television journalists all over the world. His national award-winning “Hatteberg’s People” series is the longest running television feature in Kansas. Nearly 14-hundred Kansans have been profiled. The series has taken Larry to 15 foreign countries in search of Kansas People.

Larry’s television career began at KAKE in 1963 when he started as a part-time film lab technician. He’s been a photographer, chief photographer, assistant news director, executive news director and is currently prime-time co-anchor of KAKE News At Five with co-anchor Susan Peters, and anchors the Weekend prime-time newscasts for KAKE TV.

There are few major awards Larry hasn’t won. His latest, is a regional “Emmy” from the National Academy of Television Arts and Sciences. He has also received, an ‘Emmy’ for ‘Lifetime Achievement’. His Hatteberg’s People series also won the National Edward R. Murrow Award for Writing. He received three of the highest awards in photojournalism given by the National Press Photographers Association.