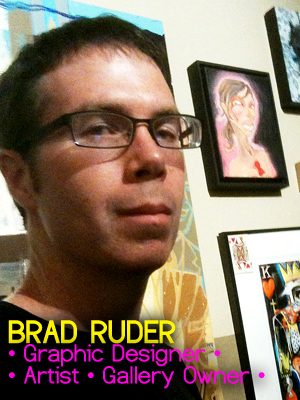 Brad Ruder is a graphic designer, artist and gallery owner. He is very fond of Thin Mint Girl Scout cookies and relies on spell check for words he has never bothered to learn. Since founding the gallery Tangent Lab over six years ago, he has churned out a variety of contemporary art and film events, contributing to the vibrant arts culture here in Wichita. Brad has a variety of pursuits including photography, digital artwork and screen printing. His most recent challenge has been training toward running a marathon this fall. 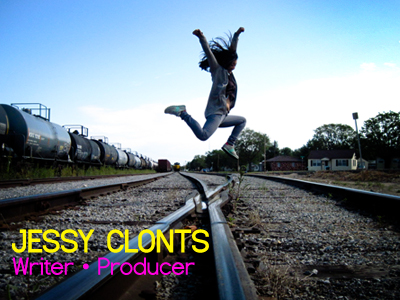 Jessy Clonts is a video producer who wants to be writer when she grows up. To avoid getting a “real job” after of college, she taught English in Okinawa, Japan and wrote about her experiences in a weekly column called “A Broad Abroad” for the now defunct F5. She then worked her way into marketing and public relations in the San Francisco bay area, where she spent most of her expendable income on concert tickets and camping gear. She is now back in her hometown, writing for NakedCity magazine and producing commercials for FOX Kansas, and has a knack for meeting strange people with interesting stories. To unwind from the creative grind, she climbs at the Kansas Cliff Club and volunteers for Planned Parenthood. When considering this month’s topic of “Becoming Human,” she says, “If failing and being criticized is what it takes to be human, I might be one of the most human people you will meet. I am by no means a failure, but I sure know what it’s like to fall on my knees, slap on a bandage and keep running.” Jessy has no idea what’s next on her agenda, but she’s ready to find out. 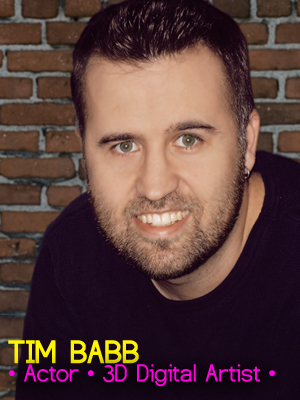 Tim Babb is a Kansas native, currently playing the most important role of his life…that of husband and father to his three children, Lily, Emmy and Roman.  He graduated from Wichita State University with a BA in theatre performance, where he performed in several productions.  Shortly after graduation, he moved to Los Angeles and had the good fortune to appear in television and film productions including The West Wing, The Shield, A Man Apart and 13 Dead Men. Upon returning to Wichita, he developed a passion and talent in 3D digital arts.  He has produced logos, tutorials and commercials for local and national organizations which include, Believers Tabernacle, New Beginnings Thrift Store, Little Warrior Films, Names & Numbers Directories, AE Tuts Plus and iStockphoto. Other highlights in Tim’s career include acceptance into The American Academy of Dramatic Arts, performing in the Opening Ceremonies of the 1996 Olympic Games in Atlanta Georgia and earning a Master’s Degree in Social Work.