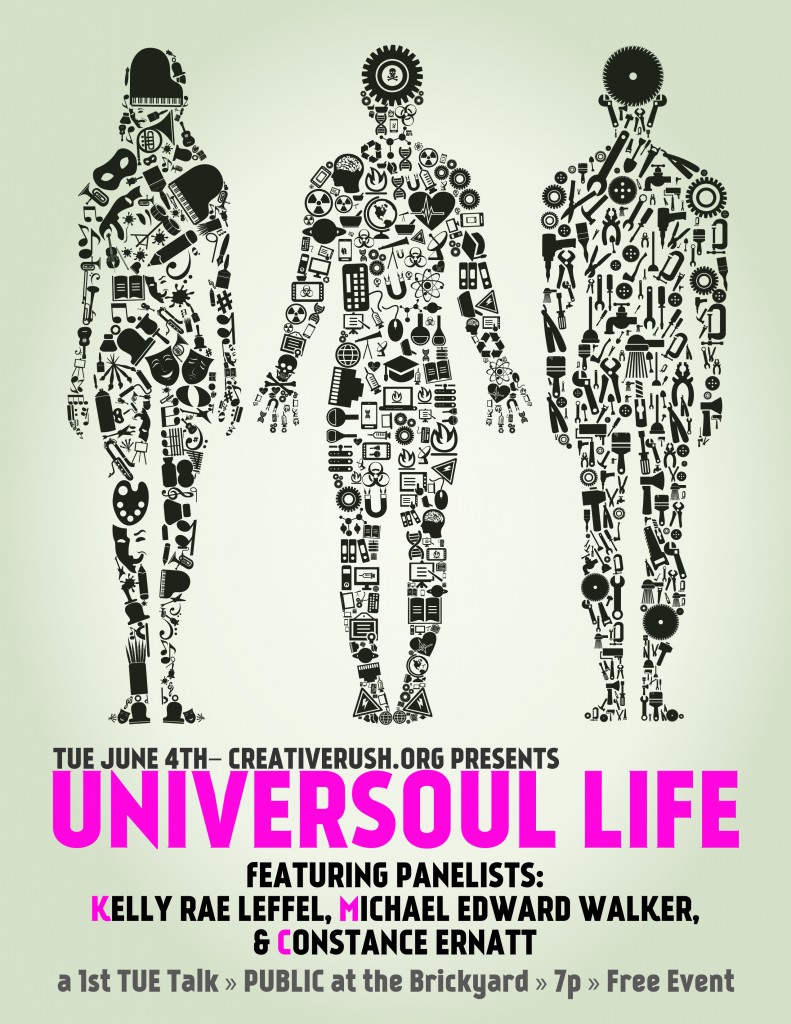 How can one possibly juggle work, life, play, relationships, creative side projects, and a family? It would appear there just aren’t enough hours in the day. To understand how this is even possible we must first establish why a work/life balance is important.

Join us at our next 1st TUE Talk at the PUBLIC at the Brickyard with featured panelists and family members: 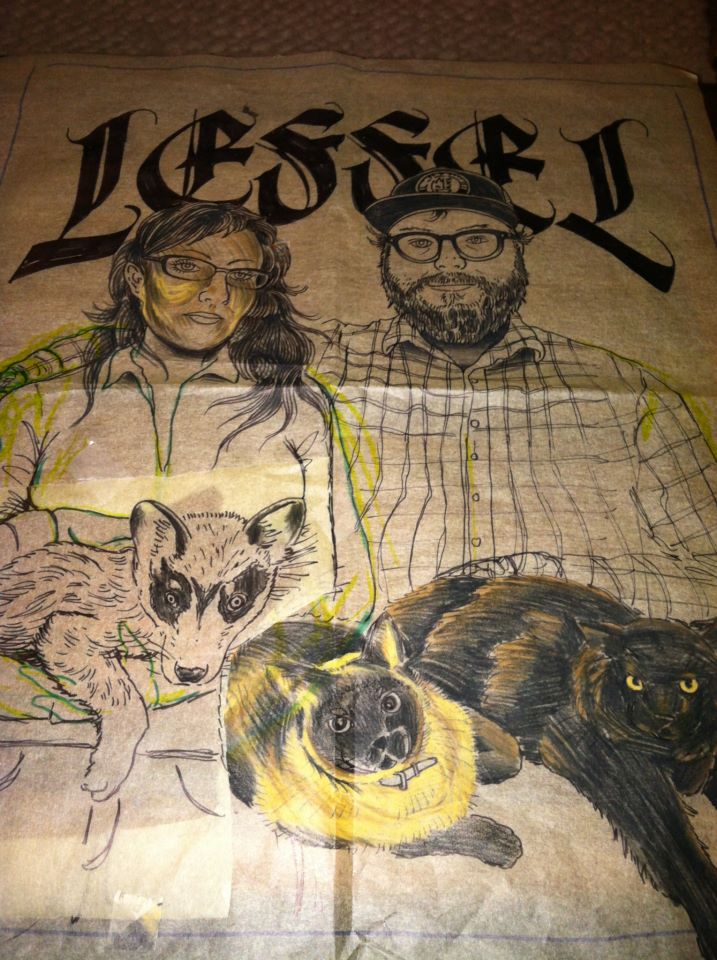 For as long as Kelly Rae can remember, she looked up to her uncle, Michael Edward. He was living his dreams in New York City. After visiting him numerous times and traveling the world, she discovered home is right here in Wichita, Kansas!!
When she was just a teenager, her cousins, John and Constance Ernatt introduced her to Michael McCullough (owner of Riverside Perk). Working and managing there for 5 plus years, teaching her everything she knows about the kitchen.
Over the years, Kelly Rae has worked/managed/bartended in numerous restaurants and coffee shops. She was a nanny to the Ernatt Boys, Ernest Paul and George Henry. She was short-lived yoga instructor and was owner and partner with Sarah Osborn of Artfully Blended, a bartending/catering company. Kelly also enjoyed singing in a Bluegrass band for 3 years with great friends.
She now works full time as the head chef and kitchen manager at Tanya’s Soup Kitchen creating interesting and unique soups, salads, and sandwiches. Part time, she helps out at Harris and Co. Frame Shop for her good friend, Mike Harris. She is also the go-to gal and wedding/party event coordinator of the Diver Studio.
Without the support of her husband, Heath Leffel, and the help of her friends and family she would not be Kelly Rae aka Swiss Army Knife. 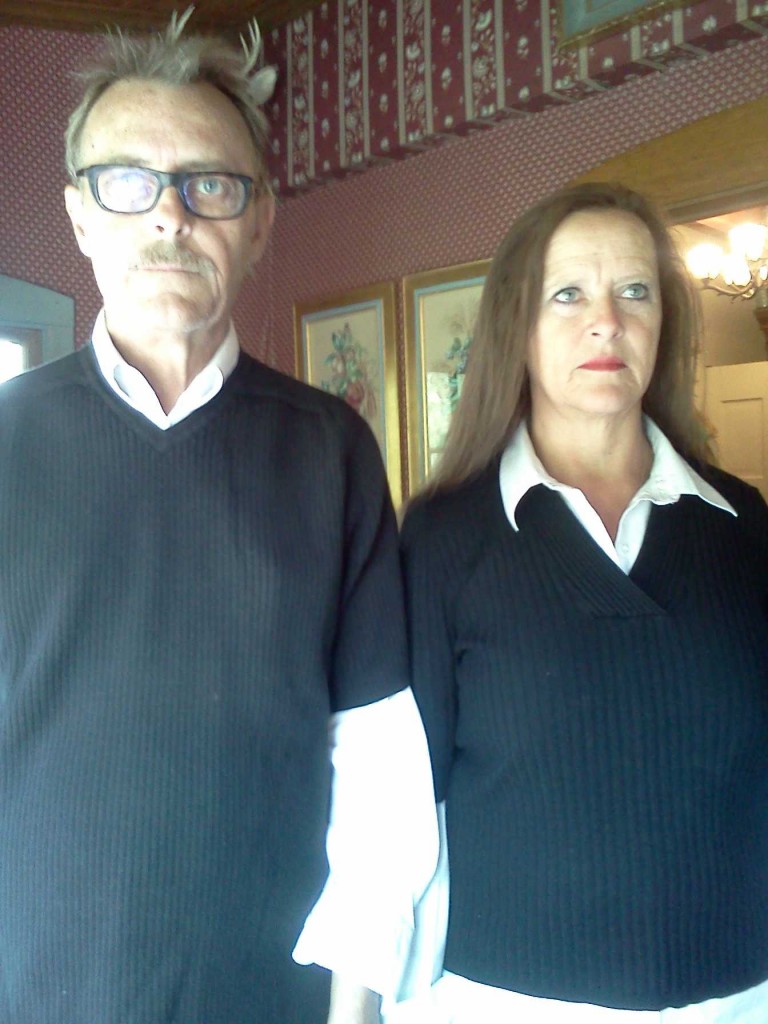 Michael Edward Walker was the “go-to guy” for anything art related in grade school and high school. He entered the art educational program at WSU, the advantage being required credit hours with all studio mediums as well as art history with Myra Merriman. As a senior, he was given the opportunity to experience 2 semesters teaching secondary school and discovered it wasn’t for him.

He moved to Kansas City and found a job with Old World Framer with milling and finishing departments with a staff almost exclusively of Czech refugees. He learned a great deal there and thus began a lifelong affiliation with the art of picture framing. From there, he moved to an art supply framing complex on Country Club Plaza and established himself as a gallery director.

He was on the inaugural steering committee of The Mid America Picture Show, a regional juried photo competition sponsored by the Baker Gallery and Nelson Atkins Museum of Art.

A friend needed help preparing her home for a neighborhood association show and his efforts there led him to work in Washington DC. He later went to visit friends in New York. While there he was offered a job at a gallery in Greenwich Village. It was closed on Mondays and Tuesdays, so he found additional work coordinating bolts of fabric at a high end store in SOHO, which led to a 13 year relationship with the century old F. Shumacher and Co. and it’s subsidiaries as a window dresser. That morphed into a versatile position involving the aforementioned occupation as well as coordinator for line showings and special events for the east coast and Chicago. His work with P.R. led to involvement with Kips Bay and Cancer Research Institute of America show houses in addition to an affiliation with film set designers, some television and interior design publications. Through Shumacher, he coordinated efforts with The American Craft Museum, Chicago Art Institute, National Portrait Gallery and The Abigail Adams-Smith Museum. He was fortunate to work with many accomplished interior designers.

The economy coupled with Schumachers move from an independent showroom to a design center drastically reduced the quantity of work he performed for them. He moved back to the gallery world for a brief stint where he was approached by a head hunter and ended his experience in New York as a regional designer for the Furniture Galleries of Federated Department Stores, aka Macy’s.

is a bronze sculptor, painter, and full time mom. She owns Diver Studio with her husband, John Ernatt, and together they have built a beautiful space for everyone to enjoy.