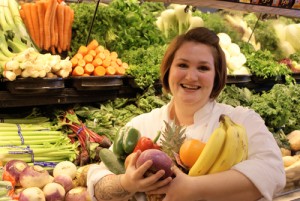 I was born on Feb. 23rd, 1982 to a Mennonite family in Hillsboro Kansas. Very soon after, I was put up for adoption and placed in foster care. When I was eight months old, I was adopted by Dr. Stephen and Paula Amos of Wichita Kansas where I still reside today. I have a beautiful ten year old daughter named Grace and, a gorgeous six year son named Kieran that are my life’s inspiration. I would not be nearly the person I am today without them.

I was fascinated with cooking at a very early age. My Mother always nurtured and encouraged my conquests in the kitchen though many times I failed miserably. My Mother was one of a handful of great culinary mentors in my life as a child. I seemed to absorb kitchen knowledge like a sponge. I began recording my recipes at a very young age and still have them today. They serve as wonderful comic relief whenever I have the occasional culinary failure.

I began my career in the restaurant industry at the age of 16. It would be many years later that I would realize my true love and talent in the career kitchen. I excelled at waiting tables and bar tending never to think that my skills as a cook would venture outside of my own kitchen. It was only after purchasing my restaurant, The Bay Leaf Café, and having  realized that no one but myself could truly bring my recipes and ideas to life, that I took my rightful place in the kitchen.

As my love and talent for cooking grew I was soon being recognized in local publications for my talents as a cook and entrepreneur. Many people in fact, insisted that I should refer to myself as a chef at this point. I however, did not yet feel that I was ready for such a title. I have always been happy with just being a good cook. There is no thrill for me like feeding people and having them truly enjoy it.

After Closing The Bay Leaf Café, I was offered the position of Deli Manager and Executive Chef at GreenAcres Market in Bradley Fair. I was given the creative culinary freedom I had always dreamed of. I had also earned the title I had shied away from for so long. I was finally a chef and, believe me, I earned it.

Today, I work for and, with the most amazing team of people on earth. We are constantly growing as a store and a deli. We focus on healthy eating and living which feeds the body and soul alike. The future is bright for me and there is always something new and challenging on the horizon. I wouldn’t have it any other way. 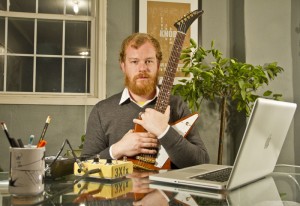 A reluctant performer, Torin Andersen just really wants to play music whenever possible.  Having had several photo, video, painting and sound exhibits over the past 13 years there still is never enough time to explore everything that inspires him. 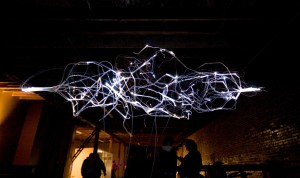 Since 2004, Lisa has been a visiting artist and Foundations Academic Lecturer at Wichita State University. She is the current WU Shift Space Gallery Director currently teaching classes in Installation, New Media and Gallery Management. She has additionally taught classes as a Visiting Artist at Emporia State University, Butler Community College and Newman University in Kansas as well as Virginia Commonwealth University and Lynchburg College in Virginia.

Her interest extend into the community in the form of public art, installation, video work and art performance as well as with outreach groups such Hack Art Lab, Envision as well as collaborative regional and national exhibitions.

She is represented in various slide files and galleries in the US. 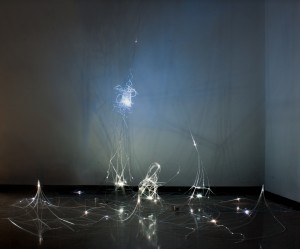 Her work has been exhibited in Kim Foster Gallery, Artist Space and Brent Sikkema Gallery, NY, New York as well as OPTIONS 2002, WPAC Biennial, Washington D.C Millennium Art Center. Where her work was reviewed in The Washington Post.

Her work can also be found at ADA Gallery in Richmond Virginia, Trish Higgins Fine Art in Wichita and online at lisarundstrom.com. She has been recognized in reviews in the Washington Post and has most recently been a featured artist in Splurge, and Naked
City Magazine and the Business section of the Wichita Paper in Wichita, KS.

In the Spring of 2010, she was featured in The MUSE, Video Documentary, DVD Edition #9, which is supported by the National Endowment for the Arts. Her work was also selected as part of last years local River City Biennale curated by Hesse McGraw of the Bemis Art Center in Nebraska and reviewed in Review online of Kansas City, Mo. She has a strong community based exhibition history in Kansas and abroad since 1996.