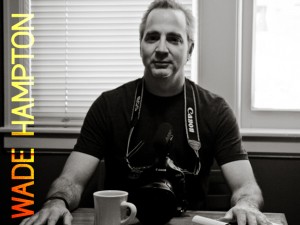 Wade Hampton is an artist.  He loves to make art in many forms.  He has been a painter, illustrator, graphic designer, cartoonist, musician, writer, director, filmmaker.  And one of these days he may actually spend the time to get good at one of them.

“My ultimate dream as an artist is to make something amazing.  I haven’t done that yet.” 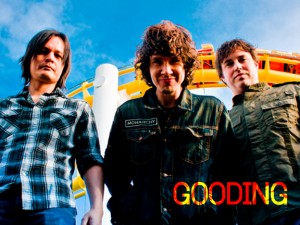 Gooding has performed live over 750 times in 157 cities, released over 20 albums, composed, recorded, performed and produced music for film, television, and fortune 500 companies including Dodge, Jeep and Chrysler.

Gooding is the CEO of Kingdom 2, a music production company featuring exclusive pre-cleared %100 written and published works. Songs from K2 are featured in theme songs for the VH1 Movie Awards and Fox 54321, DVD’s for Iron Man 2, The Matrix: Revisited and Animatrix, Ice Age 2, The Closer and Nip/Tuck, as well as over 100 placements on HBO, Warner Bros, Universal, ESPN, and MTV. Gooding recently helped rebrand CNN, CNN international, PBS and AandE for Expansion Team NYC.

Besides being a ferocious live performer and a relentlessly prolific songwriter, Gooding feels that making music and being in the public eye serves no purpose if it’s not serving the greater good. The last 7 months of non-stop travel included shows donated to 16 Military Bases and Walter Reed Hospital, and his band was honored with a private tour of the White House.

Gooding’s support for the PCRM (Physician’s Committee for Responsible Medicine) has afforded him the opportunity to be an honorary committee member on a short list that includes talents such as Woody Harrelson, Alec Baldwin, Bill Maher, Ellen Degenres and Tobey Macguire.

GOODING is currently on tour for the new LP, “The Sky Eats the Land”. Besides shows at their strongholds in NE, OK, CO, KS and OK, they will bring their “rock n’ roll from the plains” sound to several High Schools around their hometown of Wichita,KS. The band performs and talks to the students about following their dreams and learning financial literacy, a cornerstone of the Gooding crew’s longevity.