CreativeRush has been asked to bring in our iconic orange couch for a special talk at the 55th Annual Art & Book Fair. Join us on Saturday, May 10th at 2p at Century II Exhibition Hall for a non1sttuetalk Talk called: MULTIVISIONS. We are featuring James Woods, Carol Hughes (+ Buddy), & Angie Geer. They will share stories and experiences on the topics of getting started, long/short term projects, persevering to the follow through / follow up, time management, and labor of love vs the daytime work!

After relinquishing my duties as Ambassador to Andover and moving to Wichita, I was recently bestowed the title of Duke of Crown Heights. I am enjoying my new title as well as the official duties it entails. Traveling as a member of the Royal Family, representing the Monarchy, can be quite exhausting but extremely fulfilling. Recent trips include Haysville, Eastborough and Dollywood.

In my real life, you can find me at Positive Directions, the largest non-profit in the state of Kansas that helps individuals and families dealing with HIV/AIDS. I spend my days managing a staff of 3.5 awesome people, as well as well as recruiting volunteers, operating a Grocery Center, running the Jones Gallery and fundraising. Over the past 15 years I have worked on several fundraising boards, including ArtAID, Art 4 Life, and the AIDS Walk, helping to raise over 1 million dollars for the Wichita HIV/AIDS community. I have also served on the Zoobilee board as well as the Tallgrass Film Festival annual cocktail competition fundraiser. I was recently first runner up in a Charo look a-like contest. My favorite color is beige 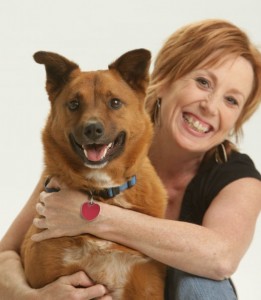 Carol doesn’t have a favorite color and doesn’t look good in yellow. She has been in Wichita radio for more 20 years and has been on-air at KFDI for 14 years. In addition to her on-air duties (10-3 during the week if you’d like to tune in) she is also the Music Director for the station. Rather than take up a practical hobby like knitting, she likes to write melodramas for Mosley Street Melodrama in her free time and has now written 20 shows for them – her current show “Reno County 911” is currently running through May 24th. Carol does a lot or charity work with various animal rescue organizations in particular the Kansas Humane Society as well as Positive Directions, The American Cancer Society and other organizations. In her free time you will see her walking the World’s Best Dog, Buddy.

Since having her hip hop dance dreams crushed after getting an emphatic NO! from the producers of the show, So You Think You Can Dance, Angela went back to the real world to continue her career in aircraft publications. She recently ended her nearly 20 year career at Boeing and started a new one at Bombardier Aerospace. Though publishing pays the mortgage, her passion has been performing for the past 30+ years. She began singing/acting on a whim at the Empire House Melodrama Theatre and has been doing it ever since. She did countless melodramas there and at Mosley Street Melodrama. She has done shows at Wichita Community Theatre, Crown Uptown Dinner Theatre and , Wichita Center for the Arts. For the past several years she has performed at Cabaret Oldtown. In 2007, she co-wrote the wildly successful Menopause-A-Palooza with Cabaret Oldtown owner, Christi Moore and several others. She has been a featured performer for several charitable organizations including Positive Directions ArtAID. One year she actually drove a Harley-Davidson from the entrance of the Cotillion Ballroom thru the audience up to the stage! It’s crazy the things Carol and James have convinced her to do. In her spare time, you will find her spoiling her 7 nieces and nephew or cheering her beloved Kansas Jayhawks. Rock Chalk!!